In its third-quarter earnings release, Canadian cryptocurrency miner Hut8 announced that it surpassed the goal set earlier this year of holding 5,000 Bitcoins (BTC) in reserves through mining. Its Bitcoin balance now amounts to 5,053, for a total market value of $430 million.

The company's total hash rate (Bitcoin and Ethereum mining combined), or the number of guesses per second needed to obtain a mathematical solution to mine a new block on a proof-of-work blockchain, amounts to 1.7 exahashes per second (1.7*10^18 hashes/s, EH/s). In context, the total hash rate of the entire Bitcoinnetwork is 162 EH/s, according to data provided by Blockchain.com. As for Ethereum, that number stands at 817.06 terahashes per second (817.06*10^12 hashes/s, TH/s), according to data provided by 2Miners.com. The firm's contracted mining capacity for Ethereum stands at 1.6 TH/s.

Hut 8 adopts a hold-on-for-dear-life, or HODL, strategy when it comes to mining Bitcoin; that is, it does not seek to sell them under most circumstances. The firm also lends out its BTC to farm yields, and claims to mine close to 20 BTC per day. 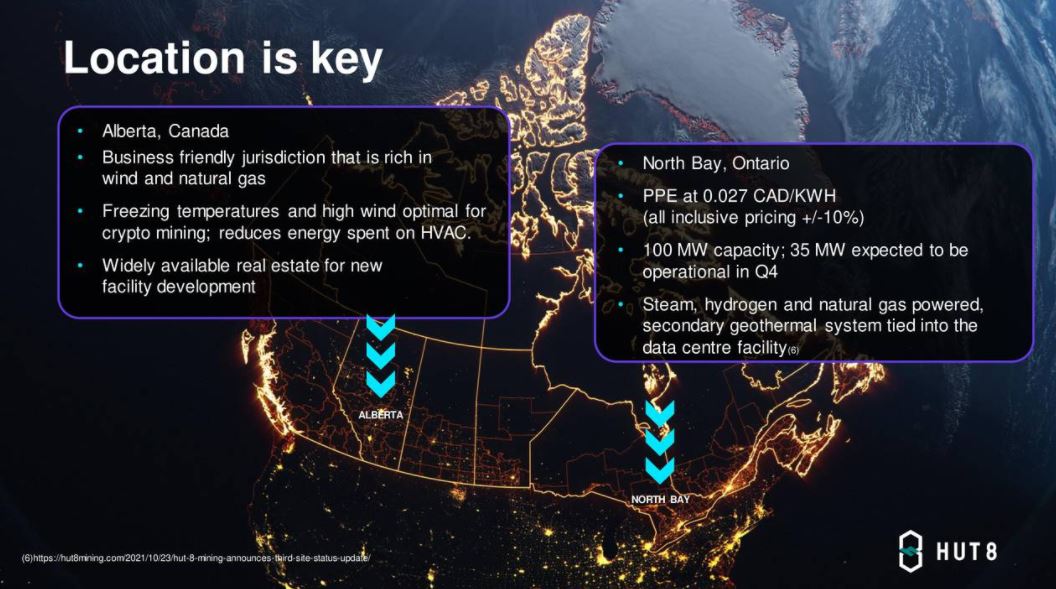 The company operates in the Canadian province of Alberta with plans to expand to Ontario. It uses a mixture of natural gas, wind and green energy for its mining operations