Apple’s Steve Wozniak Knows What’s Up: “There Can Never Be Another Bitcoin”

The technical genius behind Apple, Steve Wozniak AKA The Woz, visited Yahoo! Finance to talk about everything under the sun. They titled the post “Steve Wozniak on accepting crypto pitches in ‘Unicorn Hunters’,” even though only the last few minutes were about that. Such is the power of cryptocurrencies. Unicorn Hunters is a Shark-Tank-like show about finding new ventures to invest in. Host Brian Sozzi asked Wozniak, “Are you a believer in crypto? Is that a pitch you would entertain?”

The Woz proved his knowledge about the crypto space, about inflation, and about Bitcoin. However, he also spread some misconceptions. Let’s explore what the mind behind Apple thinks about the world Bitcoinist covers day after day.

Truths About Bitcoin, With Steve Wozniak

Even though they asked him about crypto, The Woz quickly changed the subject to the king of the castle, Bitcoin. He started with “Crypto has an awful lot of promise,” and said that the blockchain has the potential to disrupt “elections, even.” That’s because “It has a very trustable format that can’t be modified.” Ok, so far so good.

Then, Wozniak goes to the concept in everyone’s mind: inflation. “Look at the U.S. dollar, the government can just create new dollars and borrow, and borrow. It’s like you never have it fixed, like Bitcoin.” That’s the truth and nothing but the truth. And so is this, “Bitcoin is mathematics, mathematical purity. There can never be another Bitcoin created.” True digital scarcity can only be discovered once. This is a hard concept to grasp, but The Woz gets it.

Not only that, he gets why Bitcoin is a commodity. “Bitcoin doesn’t even have a creator that we know of. Bitcoin isn’t run by some company. It´s just mathematically pure. And I believe nature over humans, always.” Bitcoin is better compared to a natural force. Something that was discovered instead of created.

Misconceptions About Bitcoin, With The Woz

When Brian Sozzi asks him about the possibility of cryptocurrencies disrupting the way people pay for things, Wozniak says “there are other methods” and compares them to Apple Pay, PayPal, and all those other services. He thinks that the only difference is that “crypto has a little bit of anonymity.” And then, he shows his privilege, “And I don’t know if that’s right. I think that everything you do in life, you should be willing to stand up and say: This is me doing this transaction. And crypto is hard to trace back, to who’s doing what. It’s possible, though.”

At least he says he doesn’t know. Well Woz, the difference between all those services and Bitcoin is that the latter is permissionless. Everybody can use Bitcoin. You need to be connected to the banking system in order to use all of those payment methods. The bankless are usually the most vulnerable members of our society, and that’s the people Bitcoin is helping. Some of those individuals live under oppressive regimes. In those situations, you can’t just say “this is me, doing this transaction.” Anonymity helps. And still, all of the transactions are registered in the blockchain forever. 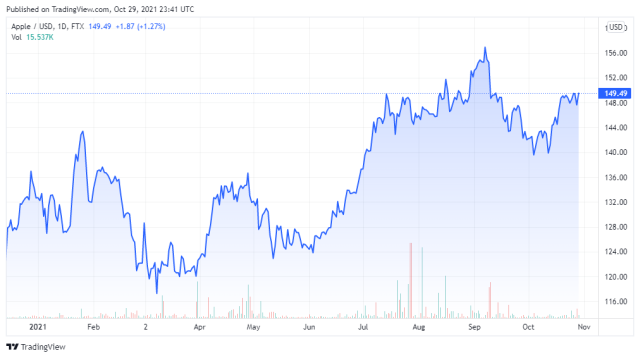 Governments Would Never Allow It… Or Would They?

Then, Wozniak goes into governmental control. “I love it when people like Jack Dorsey talk, like, “crypto should be at the heart of our business dealings.” Let’s stop you right there, Woz. Dorsey talks about Bitcoin in particular, not crypto. But carry on. “The trouble is, the government will never allow it to be out of their control. If it got to the point where everything was being done in crypto, and it didn’t pass through government for observation and taxation and all that, no, the governments would just disallow it. They wouldn’t give up their power. That’s where the heart and a lot of the power comes from, the US Dollar.”

It IS out of their control, though. That’s exactly what a decentralized system is. You can’t stop Bitcoin, you can’t ban Bitcoin. You can, nevertheless, ban yourself from Bitcoin. That’s what the Chinese did. Let’s see how the future judges that decision. You can also stop and ban any other cryptocurrency. They all have superstar creators, PR departments, and a lot to lose.

“Only bitcoin is pure digital gold… and I totally buy into that. All the others tend to give up some of the aspects of bitcoin. For example, being totally decentralized and having no central control. That’s the first one they have to give up to try to have a business model.”

More About Inflation, With Steve Wozniak

All roads lead to inflation, so Wozniak returns to the topic. “If there’s inflation, your house goes up 10 times in 40 years and you think you’re a smart investor. No, you have an old house. You used to have a new house, but the government says 90% of its value is earnings and we’re going to tax it. The government makes all of its taxes off inflation.” No argument there, Woz. We would only add that Bitcoin fixes that.

“To me, it’s kind of an artificial system. It’s not like science and math, and logic, and computer programing.” Cheers to that, Steve Wozniak.